You are here: Things to do > Hill of the O'Neill and Ranfurly House

Hill of the O'Neill and Ranfurly House 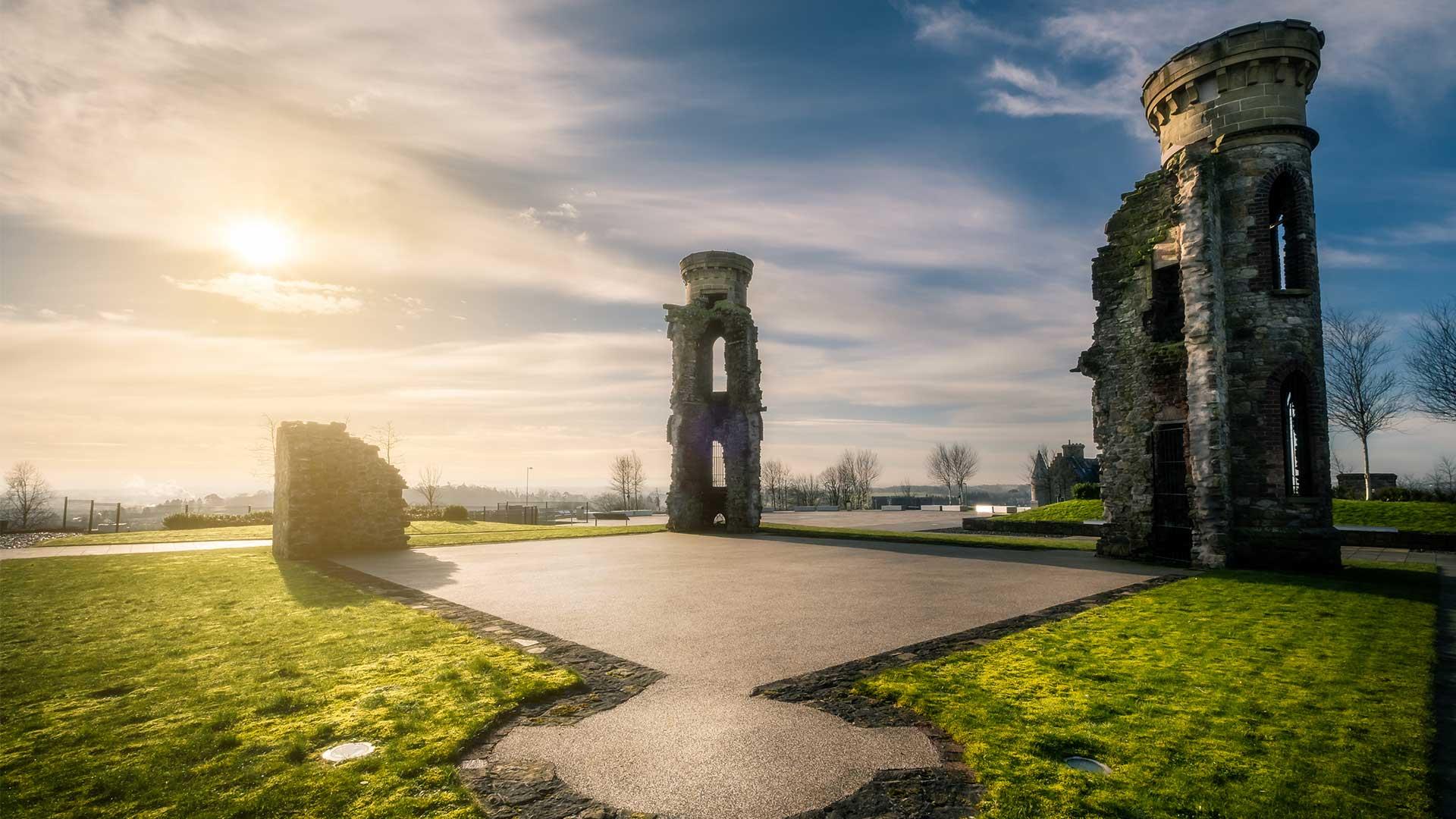 The name Dungannon comes from the Irish Dún Geannain – the Fort of Geannan.

Geannan was a powerful Druid, a figure of great influence and power in ancient Celtic culture, and it is believed he chose the Hill for his stronghold because of its remarkable position, offering views over seven counties, as well as Lough Neagh.

This strategic advantage was no doubt also at the heart of the O’Neill clan’s decision to make this their seat of military and political power back in the 14th century.

However, one clan’s stronghold is another clan’s target, and the place witnessed many fierce battles, sieges, feuds and dynastic disputes, with the site repeatedly captured, retaken, razed and rebuilt.

After the departure of the Irish chieftains, The Hill was controlled by Sir Arthur Chichester, Lord Deputy of Ireland, who understood the site’s symbolic power and wanted it to be the centre of the Plantation of Ulster in the early 17th century.

In the 18th century a prosperous businessman, Thomas Knox Hannington, built himself a grand house here. The ruined towers of his gentleman’s residence are all that now remains.

During the Troubles the Hill was an army garrison and was firmly closed to public view. But now this ancient site is open once again – and sharing its stories with the modern world.

The Hill Of The O’Neill and Ranfurly House is situated at the top of Market Square, right in the middle of Dungannon town centre.