You are here: Things to do > Maghera Walled Garden 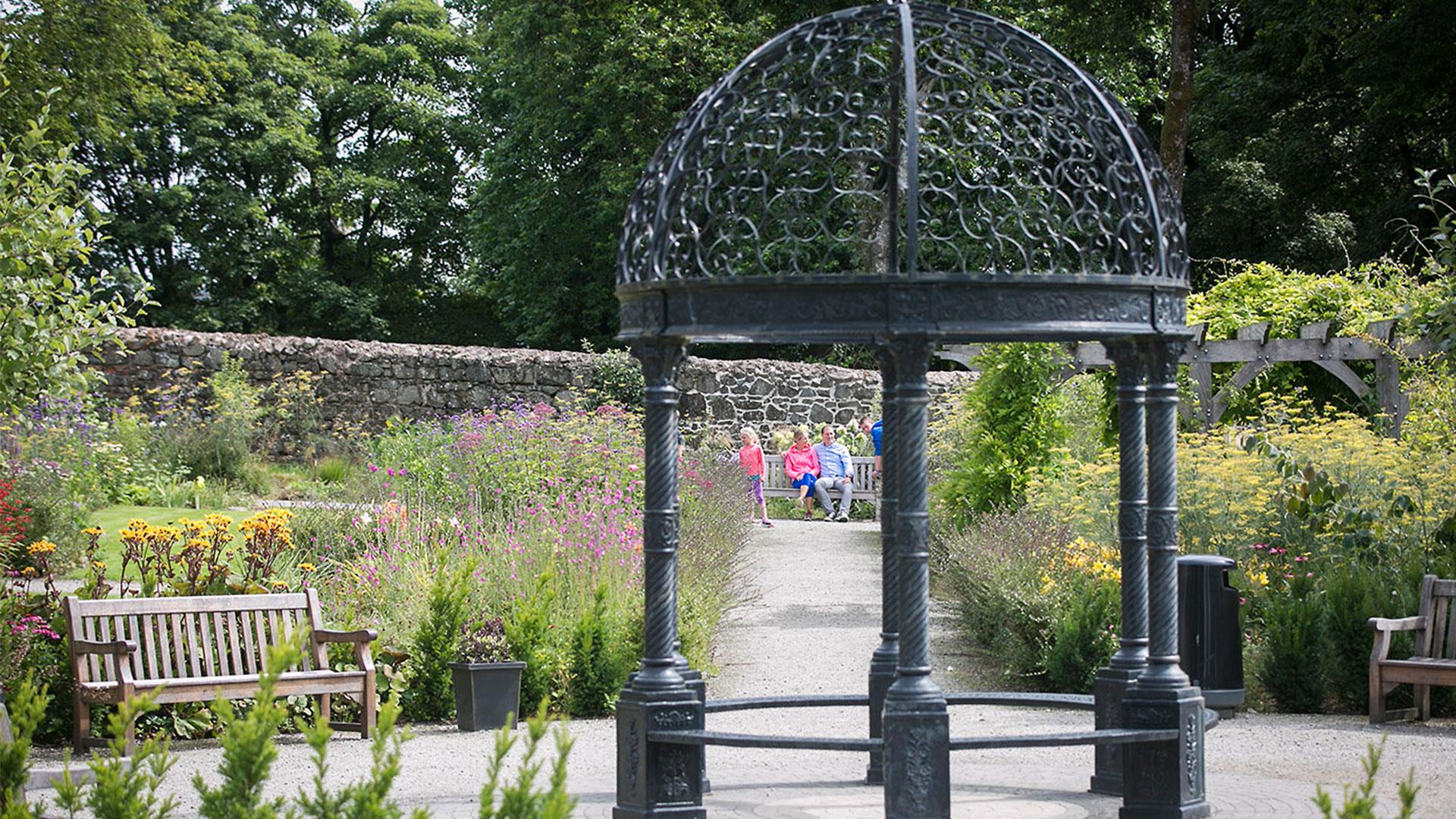 Maghera Walled Garden is a restored Victorian Garden on the grounds of a medieval 4th Century royal dwelling and ancient Monastery.

The garden lies within an impressive stone wall, and contains many varied herbaceous borders, fruit trees, a herb garden, vegetable beds and a wild ﬂower meadow.  Maghera Walled Garden provides the community with an area for producing fruit and vegetables, plots for growing a variety of flowers and space for community art. Maghera Walled Garden has received the prestigious Green Flag Award in 2016 and 2019.

The walled garden is located in the grounds of the Church of Ireland . The original garden site dates back to 1820. Despite extensive investigations no trace of the earlier garden design could be found but Griffith maps of 1847 to 1867 show a cruciform plan, so the restored garden used this as a basis for the path layout. The original garden provided the house with fresh produce and today this is reflected in the provision of allotments which encourage schools and the local community to grow their own fruit and vegetables.

The garden design was influenced by the Irish gardener Wiliam Robinson (1838-1935) and his 'wild' and informal approach to gardening was to use natural looking planting with hardy perennials and native species and dramatic herbaceous borders. Creepers and rambling roses clothe the pergola and a herb garden has been established with thyme, rosemary, lavender and dill which all would have been grown in the past. The raised beds are filled with vegetables.

Maghera Walled Garden is situated off Church Street along the A42 road, Maghera.