You are here: Things to do > Beaghmore Stone Circles 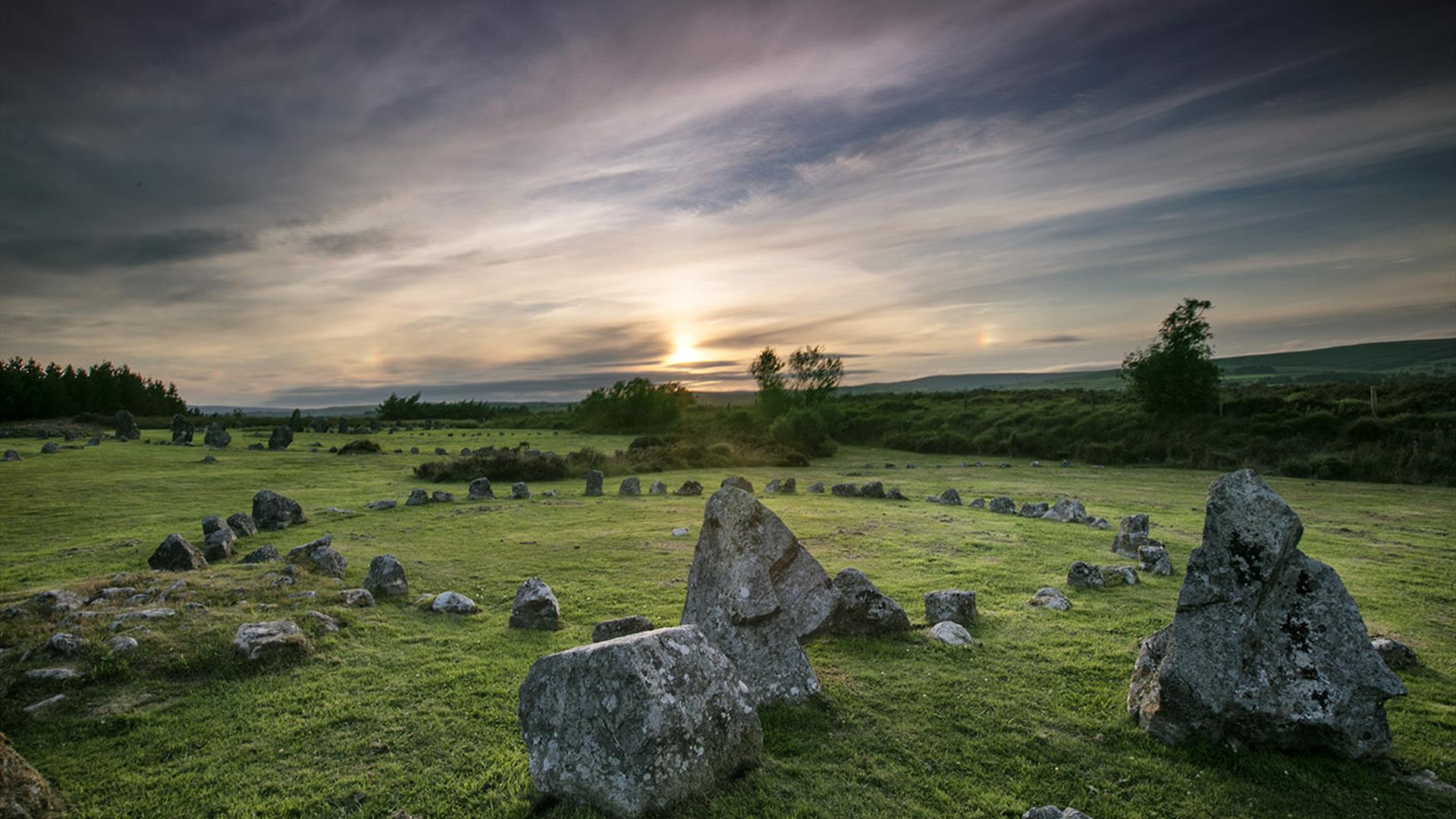 Beaghmore (Bheitheach Mhór), meaning ‘big place of birch trees’ was once a dense woodland before being cleared by Neolithic farmers. The circles and alignments were discovered in the late 1930s during peat cutting when 1,269 stones were uncovered. The site and the surrounding bog indicate that the area was occupied from Neolithic times through the Bronze Age.  Hearths and deposits of flint tools have been carbon dated to 2900-2600BC. Several of the stone rows run over the tumbled walls of field structures which also date from Neolithic times.

Look closely at some of the stones and what may seem as ancient chisel marks bear a resemblance to our oldest known Celtic writing. Ogham, a secret and sacred writing, was a system of symbols used for magic and divination. The circles and alignments, however, remain a mystery.  No-one really knows why this intriguing cluster of stones was created.

Some archaeologists believe that the circles have been constructed in relation to the midsummer sunrise, or to record the movements of the sun and moon acting as markers in a calendar to identify certain lunar, solar or stellar events. Three of the stone rows point to sunrise at the solstice and another appears to be aligned towards a lunar maximum.

The stones speak of ancient rituals and to a people who understood astronomy.  When you visit this ancient site look up in wonder at the sky and reflect, that the people that built these monuments observed the same sky, sun, moon and stars.

Directions from Town:Between Cookstown and Gortin. 10 miles west of Cookstown. Signposted off A505.